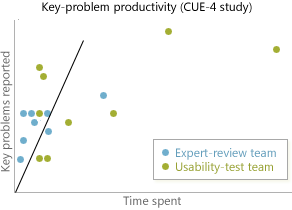 Here are two usability stories that are currently underway.

Today I spoke to a manager at a different company. Their current project is software that makes work schedules. So far, the team has:

What can you do to ensure your projects are like the one in the second story?