Catherine Powell specialises in QA, to ensure software works well, but also thinks about what makes the workplace work well: being nice. Have a look at Catherine’s blog about her professional attitude of choice. 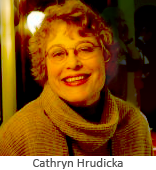 As Bowman left Google, he pointed out the pro-engineering bias in its approach to problem solving—including problems of design. Two of several examples he gives:

[…] a team at Google couldn’t decide between two blues, so they’re testing 41 shades between each blue to see which one performs better. I had a recent debate over whether a border should be 3, 4 or 5 pixels wide, and was asked to prove my case. […]

Bowman would like to see more weight put on design principles. His blog includes a link to Wikipedia’s article on design elements and principles, which lists:

I don’t think design principles are beyond an engineer. I do think engineers need to be taught how—and when—to think about these details.

As we discovered during the development of Five Sketches™, this kind of detail is often outside the comfort zone of an engineer. However, I can affirm that even engineers who initially produce work with little design insight or creativity have managed to astonish me with amazing design results within a year. And that’s after only occasional participation in Five Sketches™ design sessions.

So, yes, engineers can learn to participate in design, with success and predictability, though I would caution that Five Sketches™ works for engineers because it was developed for and with them, to meet their needs.

At Google, to bring about such a cultural change, Bowman would have needed the unwavering support of at least one senior executive. Even then, as Bowman himself acknowledged in his goodbye message, a company as large as Google does not change direction easily.

If you liked this post, read about how a company’s use of social media influences its corporate culture.

I’ve spent some time working with legacy products—software for which the core code was written before “usability” was a term developers had heard of, back when developers were still called programmers.

I remember my first conversation—held last century—with a developer about his users and the usability of his legacy product.

I used Geoffrey Moore’s book, Crossing the chasm, to introduce the idea that there are different types of users. The chasm (illustrated) shows five groups of users. The area under the curve represents the quantity of potential users, in the order in which they will typically adopt the product. Users who are technology enthusiasts and visionaries either enjoy or don’t mind being on the bleeding edge because of the benefits they get from using the product, according to Moore. Usability isn’t one of the typical benefits to the left of the chasm, where new products are first introduced. Wider adoption follows only after the product is made to cross the chasm—but this takes a concerted effort on the part of the development team.

What delays a product from crossing the chasm?

If you recognise your work environment or yourself in this list, do you want to change things? If you do, but don’t know how, what actions can you take to learn the answer?