My friend Donna, who is in her 50s, asked me to help her with her photos. (Donna is not her real name.)

Here are the things Donna wanted to do:

Previously, when the camera’s memory card was full, Donna would delete unwanted photos by using the camera’s delete function. At some point she wouldn’t want to delete any more photos, so she’s replace the memory card.

She’s seen other people use a slideshow-style photo viewer, but Donna doesn’t know this feature starts by default when she clicks a photo. Without any photos on her laptop, she hasn’t had the opportunity to discover this. 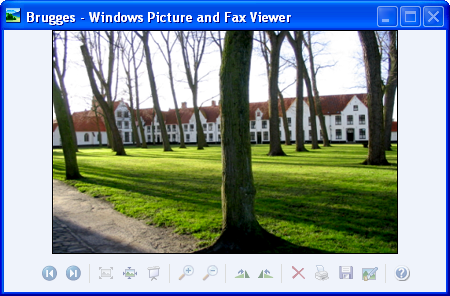 This is not a simple problem. I showed Donna how to plug in her camera’s memory card to the laptop. I showed her the My Folders folder, how to create subfolders, how to multi-select and rename photos from her camera, and then move them into a folder on her laptop. And I showed her how to use a USB drive to load photos into her digital photo frame. Since I’m a good instructor, I used scenarios (“You go to Barbie’s house. How will you show her your photos?”) and, after she learned each task, I gave her the chance to confirm what she learned by demonstrating the task. We did this repeatedly.

The next day, I got a Facebook message from Donna saying that her photos were nowhere to be found. Her adult daughter later confirmed that the photos had been unintentionally deleted.

Donna’s not stupid. During our one-hour informal session, she knew to ask performance-oriented questions. For example:

Translated into Windows XP jargon, her question was:

Exploring files is alien to people who haven’t done it before. Dragging-and-dropping is easily grasped. Creating folders is manageable. Folder hierarchies (putting one folder inside another folder) takes longer to grasp. When it comes to mapping the objects in the GUI to physical objects like the camera and the laptop’s hard disk, it’s a challenge.

Since I’m an expert user of Windows Explorer, throughout our informal training session I kept wondering: “Am I showing Donna the way Microsoft intended a novice to work with files?” I tried to show her the easiest possible way to manage her photos.

I feel awful that Donna lost her photos, and it’s a good reminder for me that not every user is an expert user. Except for the products we use daily, most of us are perpetual intermediates—we’re people who master certain skill areas and then continually backslide due to our intermittent use. With every software upgrade, we’re transfer users—people who know conceptually what they want to do, but who cannot get it done in the new interface. With every first experience, we become novices again—people who don’t know what’s possible and may not be able to put our questions into words. People who lose their work, waste time, and mess things up.

If it happens to one user, that’s too bad. If it happens to lots of users, it that’s not the user’s fault; it’s a design problem. The thing is—and before you conclude that my point is “Windows is poorly designed”— Donna uses Windows XP, which was released in October of 2001. That means Windows XP would have been designed last century. The imagination and research needed to foresee how an operating system would be used 10 years into the future is staggering. And, even if you could have predicted that, some of your options might have been restricted by the legacy code (existing programs) you inherited.

Actually, it sounds like fascinating and challenging work. It also has me thinking that there’s something to the built-in obsolescence of SaaS. But most of all, I’m thinking this model of files, folders, and disks needs to be examined closely with an eye to improving usability.