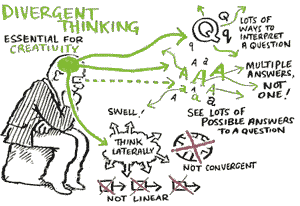 2 Replies to “Divergent thinking and collaboration”